Snow & Ice Control in the City of Tallmadge


Public safety is the first priority during snow and ice control on the city's 100 miles of streets.

The city's policy is to ensure roadways are maintained in such a manner as to minimize economic loss to the community, prevent or reduce accident or injury, and provide safe access for emergencies by Fire, Police and Ambulance services. 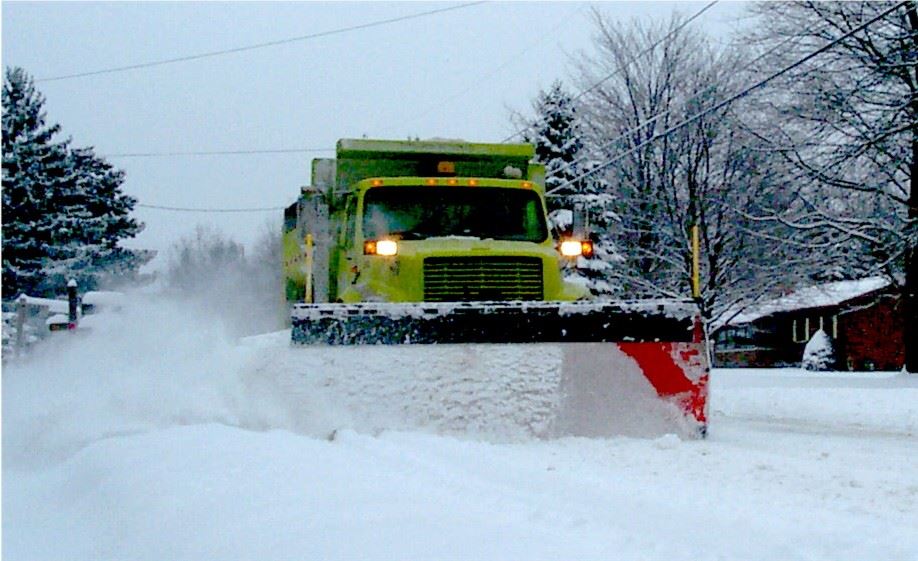 The implementation of plowing and salting are governed by weather conditions and by priority assigned to individual city thoroughfares. In the event of a snowfall, salt is generally applied for snowfalls of 2 inches or less. Plowing is initiated after accumulations of 2 inches.

The size of the operation is based on the severity of the storm. We may use only one or two trucks to handle intermittent salting of isolated slippery spots but a full scale plowing for a major storm will use up to 11 pieces of equipment depending on available manpower. Snow and ice control is a 24 hours a day, 7 days a week operation.

For additional perspective on the priority of streets and thoroughfares for snow and ice control, view the Priority Map (PDF).

When a major storm comes, a general plowing is called. It may take 12 to 16 hours to complete snow removal after the storm ends. After the initial plowing, there's more work to do. We clear snow islands left by parked cars, touch up intersections and widen passages on residential streets. Cleanup goes on for several days after the storm.

Plows have to make four to six passes on a street to clear it curb to the curb. It is best for residents to wait, if possible, until we've finished plowing before shoveling out your driveway approach. We cannot prevent snow from being deposited in driveway approaches during plowing operations, but deposits can be minimized if the operator doesn't have to decrease his speed for pedestrians or parked vehicles.

Despite the high level of service provided, no guarantee can be given that the roads will be completely clear of snow and ice.

It takes time for salt to become effective after roads are salted. Salt begins to lose its effectiveness at temperatures below 22 degrees Fahrenheit. In severe cold weather below 18 degrees Fahrenheit, even salt will not prevent roads from icing up.